Shark fishing is just starting to heat up as the weather cools off. As the Atlantic ocean begins to cool as winter sweeps over the northern hemisphere, sharks of all kinds begin their annual migration south. We will see Mako Shark, Tiger Shark, Hammer Head Shark, Bull Shark, Thresher Shark, Spinner Shark, Deep Water Silky Shark, and many others all migrating through our area on their way to the south. 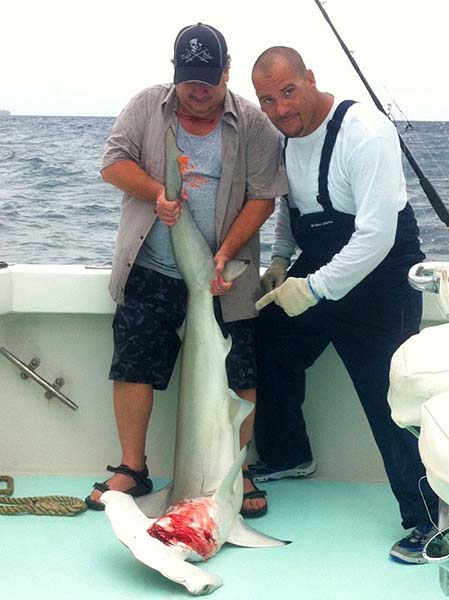 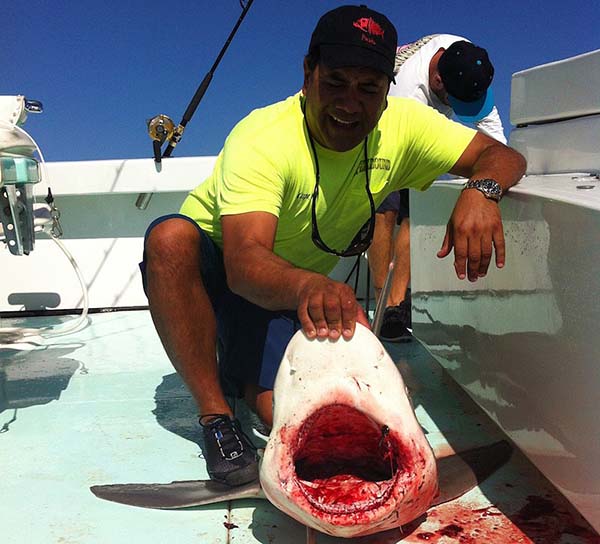 Shark fishing this week we have seen a few Hammer Head Sharks “Tailing” migrating across the surface to the South. We have caught a few in the six to seven foot range over the past few weeks. The highlight this week was the capture of a large Bull Shark. Capt. Manny caught this great sport game Shark fishing with a live Bonita (small Tuna) fished near a wreck in about 200 feet of water.

Another great catch this week was a lucky angler and Capt. Manny caught a giant Dusky Shark that was estimated at over 500 pounds. This great shark was quickly released as are almost all of the sharks we catch. Capt. Manny was off shore looking for Dolphin (Mahi Mahi) when they found a giant school of Black Mullet migrating South. Following the Mullet was a good group of Dolphin Fish. As the were “bailing” Dolphin the shark swam up after a Mahi. Quickly the crew presented the shark with a fresh bait. Immediately the Dusky Shark pounced on the bait and the fight was on. After a grueling two hour fight the were able to get the giant shark boat side.