Reef fishing in Miami, FL  is on fire this week. What we are talking about is trolling just off the deep edge of the third reef. We are seeing a tremendous amount of action on our half day charters.

We are pulling the deeper planers with spoons and Bonita strips. The results have been steady action with some of the largest school kingfish of the season. Plenty of fifteen pound fish with some as large as thirty pounds. The King Fish have been in water depths of about 90′ to about 180′. We are finding them around wrecks and reef edges and deep reef rubble. 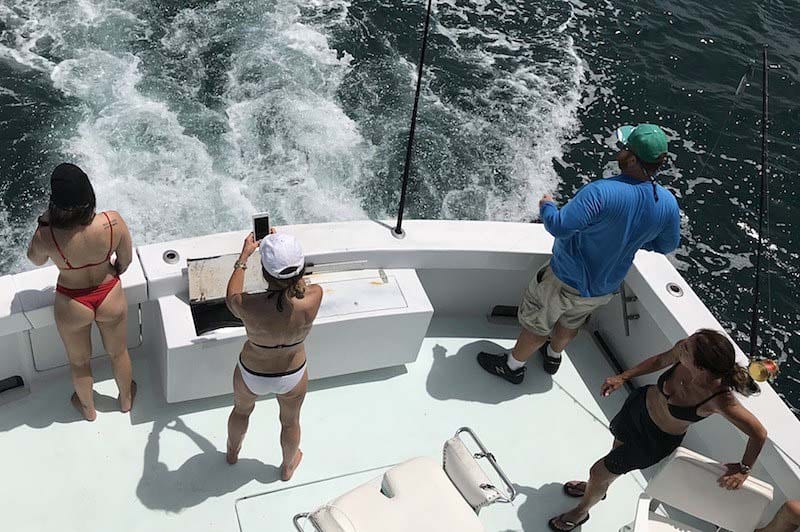 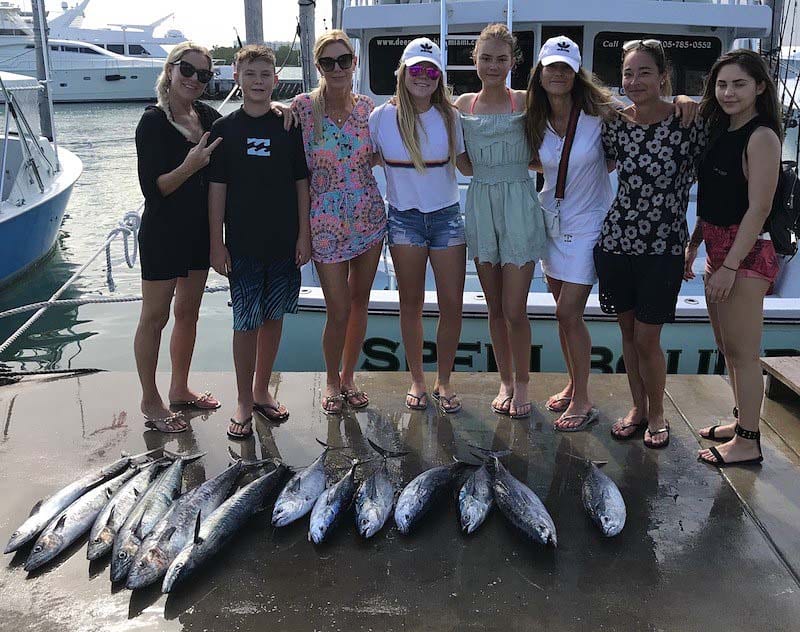 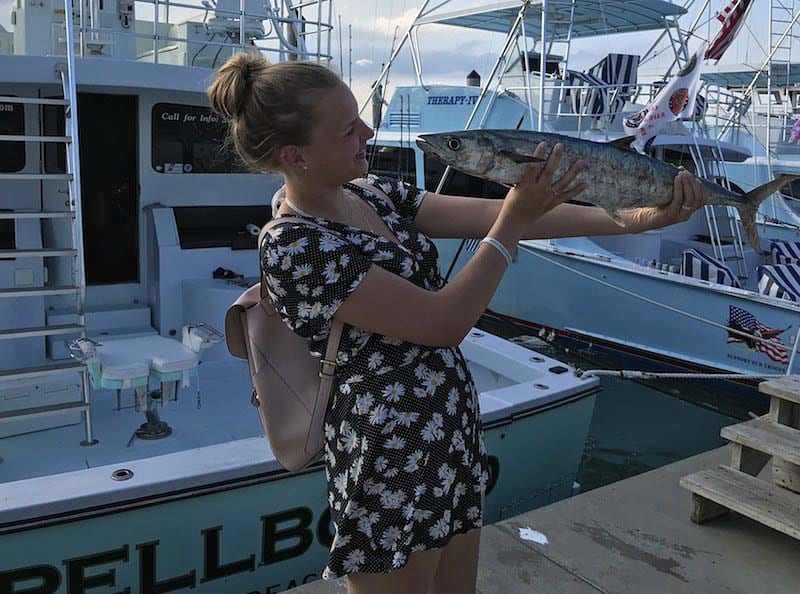 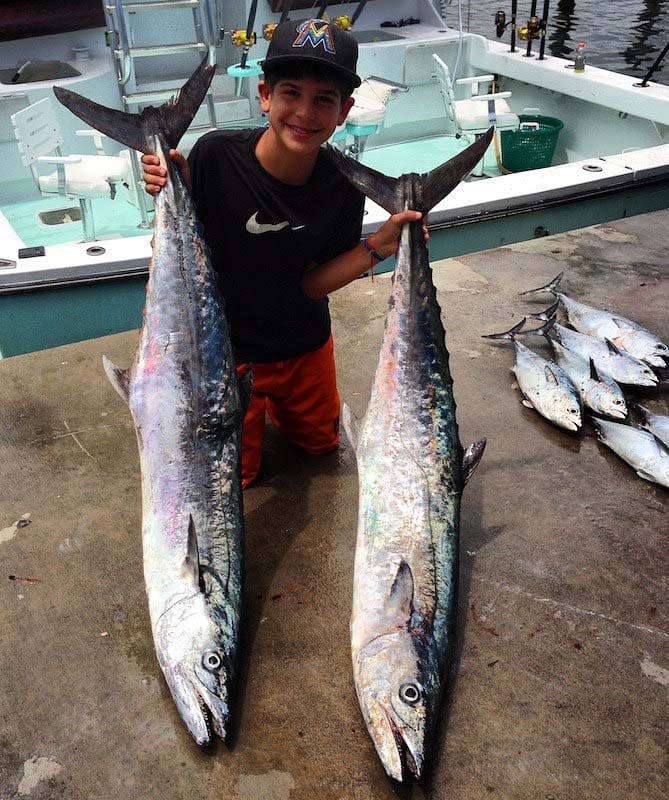 The Type of Fish Caught While Reef Fishing

The Little Tunny Tunas are also pouring through. We have had multiple hookups with as many as six fish on at one time while reef fishing off Miami, FL. The “Tunny” Tunas have averaged about ten pounds. Although we have seen some of the largest of the year with a few pushing over 20 pounds. Mixed in with the Tunny are some better sized Black Fin Tuna. This is also when we start to see some large Wahoo show up in the Tunny Schools.

There has also been some real mixed catch while trolling the reef. Just this week we have caught a few Golden Amberjacks, Atlantic Bonita, Great Barracuda and Cero Mackerel. We have even caught a few giant Blue “Black” Runners; They were up to seven pounds.

Fishing the Outer Edge of the Reef

Just outside the reef fishing Miami Fl we have seen some good Mahi Mahi “Dolphin Fish” fishing. Most of the fish have been on large floating rafts of Sargassum sea weed. Mixed in with the Mahi have also been lots of Bar Jacks, runners, Rainbow Runners, Wahoo and Triple Tail.

We Offer Other Fishing Trips Too

We offer other great fishing adventures from kids fishing to corporate events. Whether you are interested in offshore fishing for Swordfish, Mahi and Tuna or fish inshore for Grouper and Snapper. We can arrange a charter that’s right for you. Contact us or book your next fishing trip online.